The Leon H. Sullivan Human Services Center opened its doors in 1978 with a focus on serving the needs of the community. Four decades later, the facility is still upholding that mission.

“We celebrate the vision of our founders,” said Mable Welborn, board chairwoman of the Leon H. Sullivan Charitable Trust, which owns and operates the center.

“Most importantly, we celebrate those who provide service — those who bring healing, self-help and empowerment to this community every day.”

The $3 million center was erected under the leadership of the late Rev. Leon Sullivan of Zion Baptist Church. The two-story, 67,000-square-foot building was constructed as a one-stop human services center.

The trust is a nonprofit organization founded by Sullivan, who developed a plan for the economic development of his community.

“The purpose for this location was to be able to centralize the services that were needed in this area for social and economic empowerment,” Welborn said.

The Redevelopment Authority of Philadelphia selected the trust as the developer to build the center, which was among half of a dozen residential and commercial developments constructed under a renewal program in North Central Philadelphia. The U.S. Department of Commerce Economic Development Administration awarded a $1.1 million grant to help finance construction of the building located on 4.7 acres of land.

Today, the center is home to 12 tenants that provide an array of social and human services to the community. The service providers employ more than 200 full- and part-time workers, and serve an average of upwards of 3,000 visitors monthly.

During the celebration, OIC of America and Spectrum Health Services were recognized for being the center’s longest continual tenants.

OICA has been a tenant of the center since 1978. Founded in 1964 by Sullivan, OICA was created to address the lack of education and job training programs available to minorities in Philadelphia so they can prepare themselves and become part of a highly skilled workforce. Today, the national organization has 34 affiliates in 22 states.

“Doc’s [Sullivan’s] vision was that OICs ought to be in the communities in the most need of help and support, so that same need exists today and I would argue even more so in today’s climate,” said James Haynes, president and CEO of OICA.

He addressed the nonprofit’s work in helping formerly incarcerated adults transition back into society. The organization has received approximately $18 million in federal funding to support its SOAR (Skills and Opportunities for Achievement and Responsibility) reentry program. Through this initiative, OICA aims to serve more 2,300 people during a four-year period.

Stephanie Wroten, chief programs and development officer of Spectrum Health Services, spoke about the health care challenges that are impacting many African Americans and the need to provide outreach to vulnerable populations such as people with HIV who are not receiving care, pregnant women who lack proper prenatal care and diabetics who are food-insecure.

“We are in a health care epidemic with Brown people,” she said. “We have individuals whose families are historically dying young due to hypertension, diabetes, lack of access to care and health care inequities.”

A plethora of elected officials and community members reflected on Sullivan’s legacy and the center’s importance during the celebratory occasion. 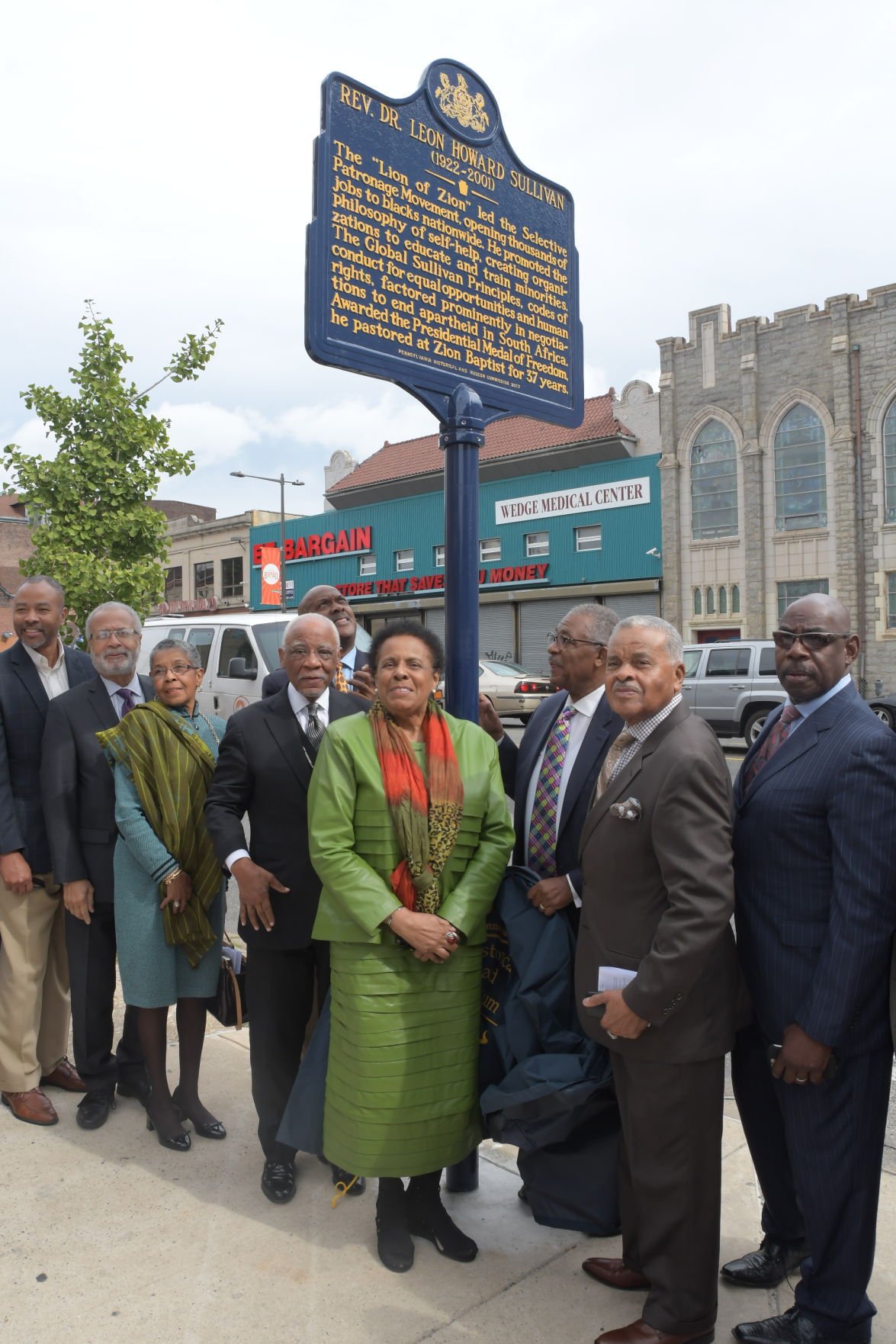 In an effort to commemorate his influence on the world, Zion Baptist Church unveiled a state historical marker honoring the late Rev. Leon Sullivan on 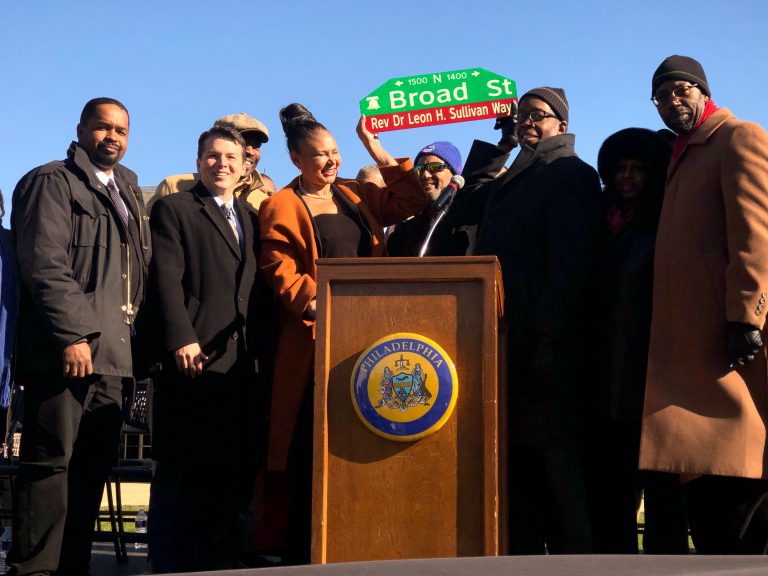 The Sullivan Way is celebrated and dedicated in North Philly

Giving back is our duty

At Leon H. Sullivan Charitable Trust, we believe, as a community and as individuals, that it is our duty to be there for those in our community that are underserved.  We welcome donations and support of any kind, as well as business partnerships.

Get Updated on our programs and events